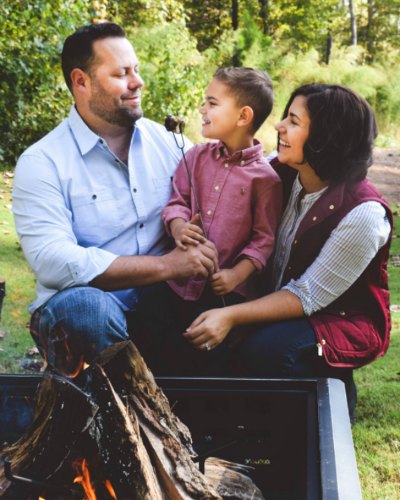 When Jim and Tiffany met, there was an instant attraction; some would say “love at first sight.” They were engaged only three months after meeting and married less than a year later. The couple enjoyed traveling from the start. They honeymooned in Mexico and took as many trips as they could afford early on in their marriage, even celebrating their 5th marriage anniversary with a self-planned trip across Ireland.

Traveling is a passion.

Jim has traveled all over the country for his occupation. It’s not always glamorous, but it has afforded him the opportunity to see almost all 50 states (He has only a few left!). Tiffany grew up moving around the country every few years for her father’s job. She has seen most of the country from the back of a uHaul truck!

It’s less about the destination and more about the journey.

With the birth of their miracle child, Bryce, the couple (and family) have modified the way they travel. Sure, they still hop a plane from time to time, but it’s more than that. It’s a trip to satisfy the kid in each of them, a trip to learn a little US history, to explore a new town, and a trip to bring them together.

So… they bought a travel trailer (and then traded it in for another one 6 months later) and now, they are roaming the country, one mile at a time.